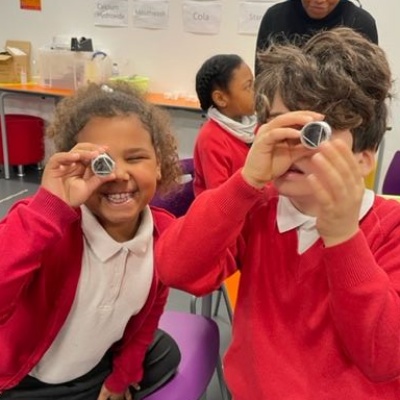 We were so excited about taking the Year 3’s on their 1st school trip post lockdowns, and we were not disappointed. 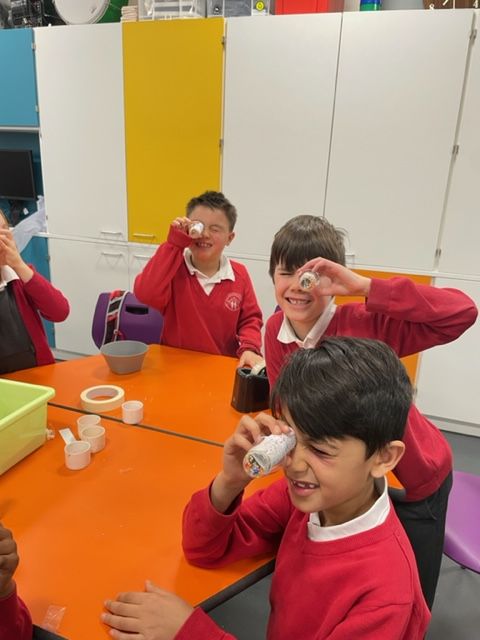 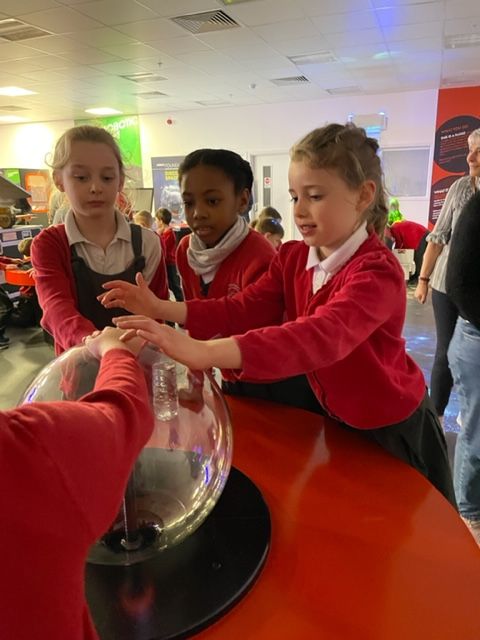 We arrived after a smooth journey on the coach and were met by the amazing staff at the STEM Discovery Centre in Stevenage.

After a short briefing, our fun began. There were shocked faces and children saying ‘that’s epic’ as the children were shown that light travels in a straight line using a laser beam and baby powder. Following this each child made a kaleidoscope that they were able to take home at the end of the day.

The classes got to hear about the Mars Rover – Rosalind - and all the prototypes that had been made before her and how they recreated the terrain and conditions of Mars. They then saw Bruno, Bridget and Bryan for themselves from our viewing area.

After some lunch the children were astounded by the ‘Could it Be Magic’ show. Several children were called up to help with the experiments. We saw paper shrink, paper explode and vanish, sound move water and gasses in water create an explosion.

We had a superb day and want to thank again the parents who gave up their own time to help us. You can also follow the link below to see more about the amazing mars rovers that the children were lucky enough to see. https://www.bbc.co.uk/news/science-environment-26670054 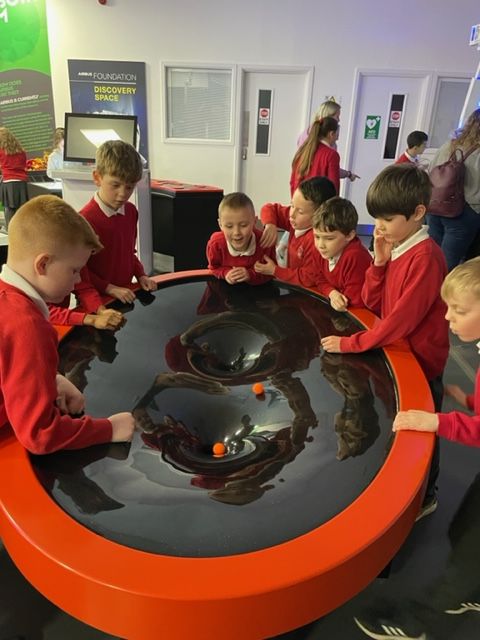 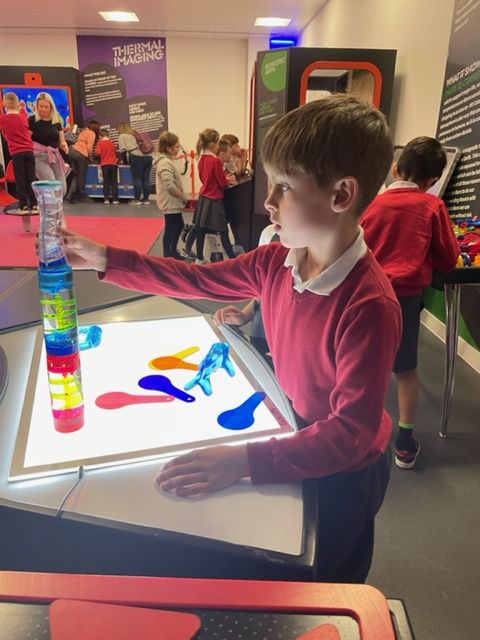