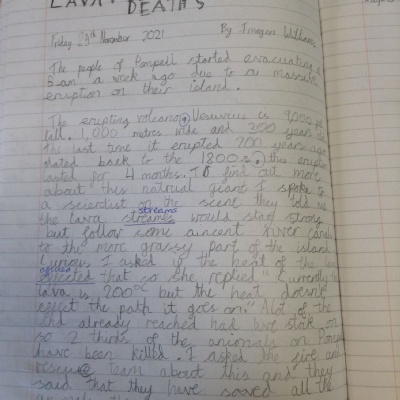 Year 3 have spent a week learning about newspaper reports and using the novel ‘Escape from Pompeii’ to write a report on a volcanic eruption.

Imogen has written about the process the children took to create a newspaper report.

To write our newspaper reports on Monday we split into groups, one of us was the reporter and the rest of us were people on the scene - local people or fire and rescue chiefs.

On Tuesday we learnt about the features of a newspaper report (headline, bi line, lead, body and ending). In our books we had an example of a report and we had to underline the different features. 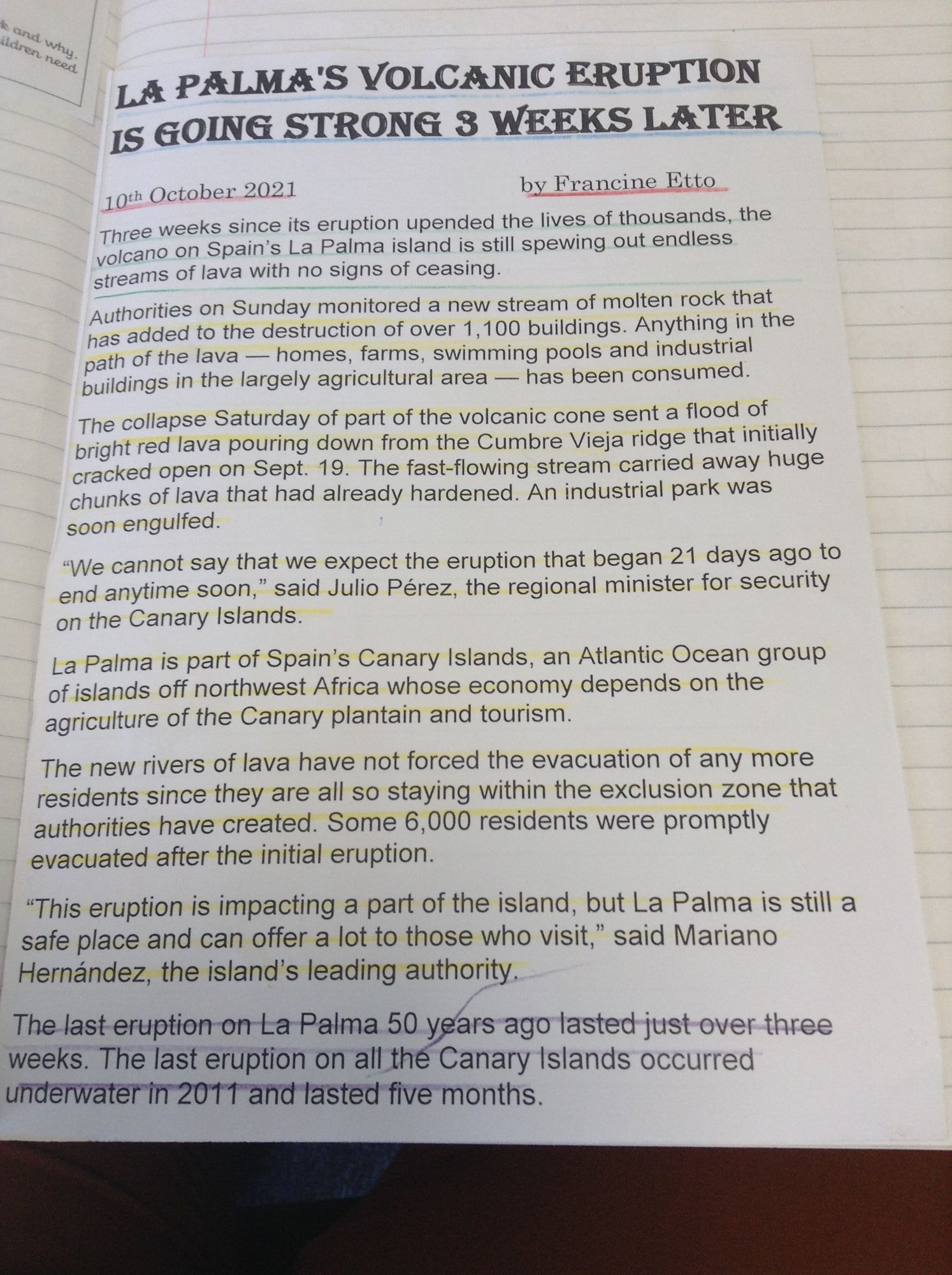 On Wednesday we planned our reports using the features of a report as subheadings and on Thursday we wrote our first draft of our reports.

On Friday we published an edition of our edited reports so they were as good as they could be. 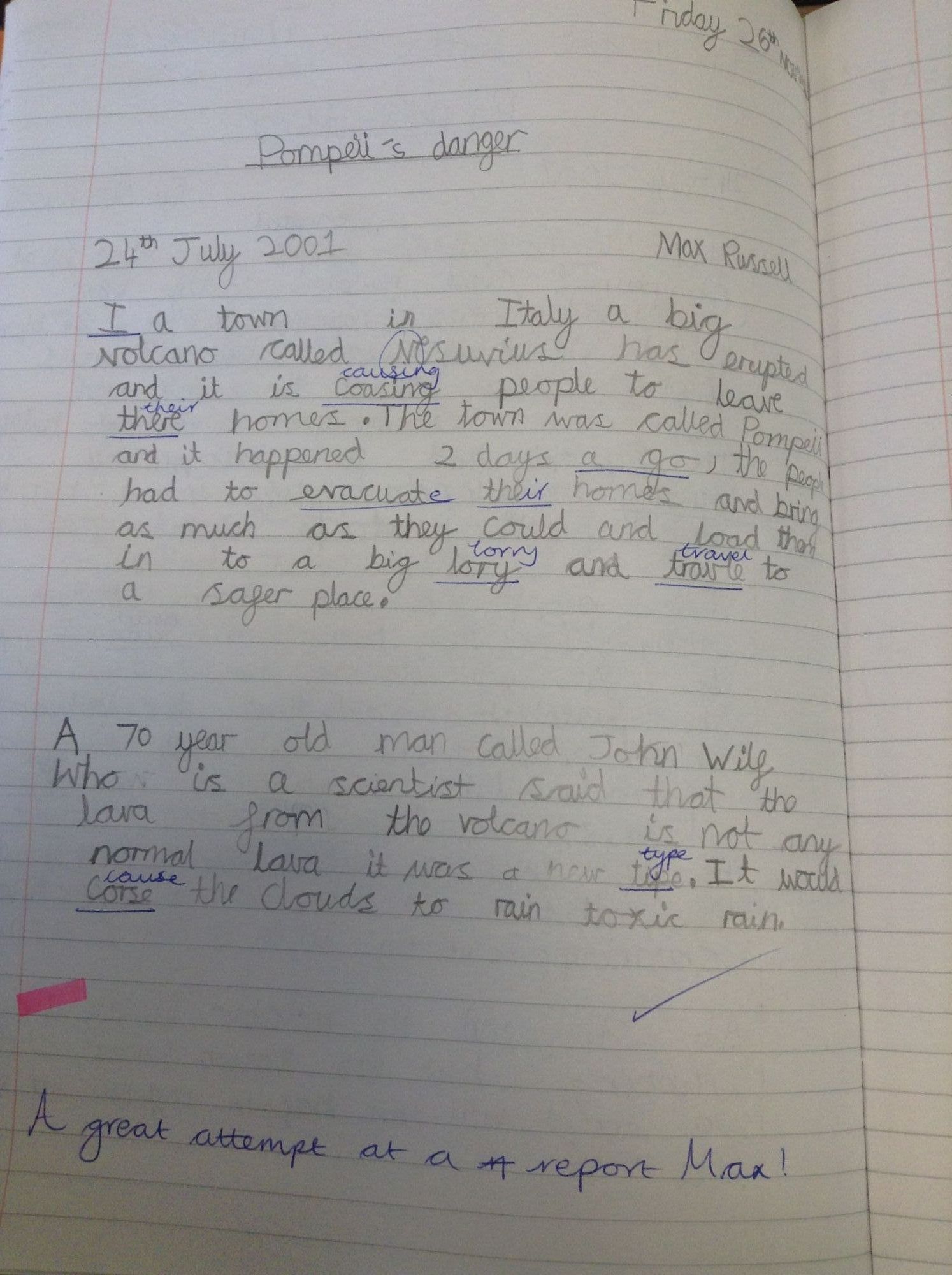