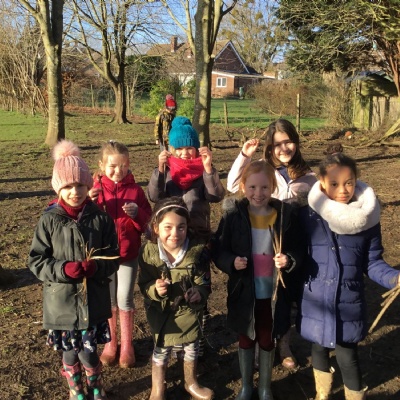 This term in year 3, we have been completing our novel study of ‘Charlie and The Chocolate Factory’. We have been analysing the text in great detail. We have explored the different themes in the book such as poverty vs wealth, characters thoughts and feelings based on their personal experiences so far and we have been doing a lot of descriptive writing.

We have described our own chocolate palaces, Mr Willy Wonka and Charlie Bucket using a range of descriptive techniques such as similes, metaphors, personification and hyperboles. We are also just finishing our diary entries based on Charlie’s trip to Mr Willy Wonka’s factory.

During our well being afternoons and our off screen learning time, we have also created a possible outfit that Charlie Bucket could wear for his big day out using a range of materials. We either decided to make a true reflection of his outfit based on what we know about him and his family, or we made him look a little bit more ‘jazzy’ giving him a funky style.

We have also been on a nature walk around school where we collected different objects and placed them on our map. We then described how we felt on the journey whilst collecting them. It was great to be outside and be reflective as a class!

Have a look HERE for some photos of our nature walk.