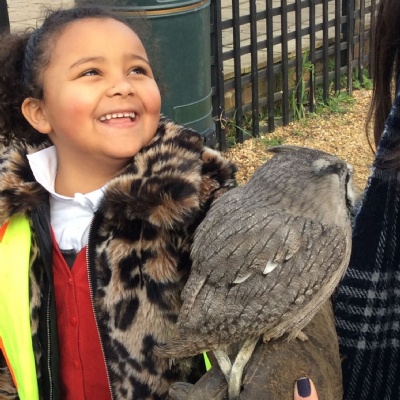 Year 1 had such a fantastic day at Herrings Green Bird of Prey Centre! The sun was shining and we had the opportunity to meet many different types of birds and other animals.

We saw the fastest animal in the world the Peregrine Falcon and some other rare birds such as a 'stork'. The children behaved beautifully and a brilliant day was had by all, have a look HERE at some photos from the day!

Thank you again to the parent helpers, you were wonderful and really added to the super day the children had.