YEAR 6 STUDY THE THEORY OF EVOLUTION! 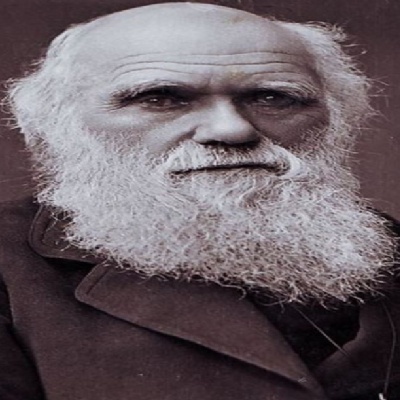 During science lessons this term, Year 6 have begun to study the theory of evolution. The theory was first formulated by Charles Darwin – a famous scientist – in his book ‘On the Origin of Species’ in 1859. The theory of evolution refers to the changes in living organisms over a period of time. The theory has two main points: all life on Earth is connected and related to each other and that diversity of life came about because of modifications in populations that were driven by natural selection.

Due to genetic material from both parents being combined and genetic mutation, offspring are not identical to their parents and variation in offspring will always be present. The theory states that variations/changes that allow an organism to better adapt to its environment will help it survive and it will produce more offspring. Variations/changes that are not advantageous for survival will not help the organism survive. Therefore, the organism will not survive and will not produce more offspring. Darwin referred to this as ‘natural selection’. Natural selection refers to the process of an organism surviving and passing on their genes to the next generation.

Natural selection can change species in small ways: the size or colour of a species may change over the course of generations. This is known as microevolution. Given enough time and accumulated changes, it can create an entirely new species. It can turn dinosaurs into birds, apes into humans, land mammals into whales. This is known as macroevolution.

Despite a lack of understanding about genetics and DNA at the time, Charles Darwin was still able to formulate his theory of evolution through the observation of living organisms. We now understand the changes that occur at the genetic level that allows natural selection to occur: random errors in DNA replication or repair known as mutations. We have also unearthed fossil evidence that supports Darwin’s theories. However, many people laughed at and ridiculed Darwin at the time; people just couldn’t understand how a land-living mammal could have evolved into a creature like a whale.

Despite the wealth of evidence that we now have to support Darwin’s theory, it is important to remember that it is still referred to as ‘The Theory of Evolution’. It is still classified as a theory and conclusive proof has not yet been provided to prove Darwin correct or incorrect. With the exception of religious explanations, no other theories better explain, with a wealth of evidence to support them, the changes that have occurred in living organisms over time on Earth.

Some people do question the validity of Darwin’s theory - particularly religious leaders and politicians. Opposition to the theory of evolution state that a higher power or being (God) is responsible for the design and creation of complex living organisms, especially humans. This has led to some controversy surrounding Darwin’s theory and whether it should be taught in schools. Year 6 will soon be preparing arguments and debating whether they feel evolution should be taught in schools and why.

Here’s what some of our Year 6 children have said about their science unit of work so far this term:

“It’s quite interesting how an animal can change into a different one through evolution. However, some people may not believe that … mostly due to religion.” – Mercy

“It’s really weird how one animal, after millions and thousands of years, can change into a new species. It fascinates me and I think that Darwin was right.” – Dylan

“I think it’s cool because normally we don’t learn things at school that could me right or wrong; normally we just learn facts. I think it’s accurate because there is loads and loads of evidence to support it and there can’t be a better explanation.” – Eleanor

“I find it weird that, when Charles Darwin first came up with his theory, everyone laughed at him. Now people respect him for coming up with a theory that evidence shows is more or less correct. I think he must have been annoyed when people, who were less intelligent than him, laughed at him.” – Narayan

If you want to research about the theory of evolution, follow the link below: