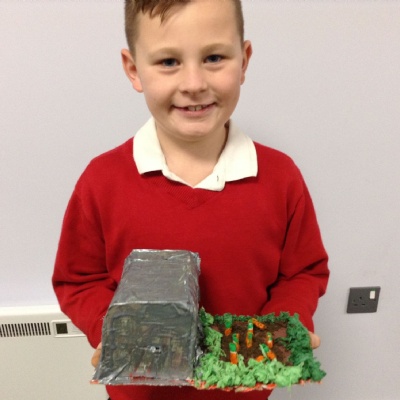 Year 6 had so much fun making our very own Anderson Shelters.  We used different materials such as cardboard, paint, mud and straws.

Anderson Shelters were given the to poor people, during World War 2, for free but people who earned more than £5 a week had to pay £7 for one.  They are named after Sir John Anderson and the first one was built in 1939.  The shelters were 2 meters long and 1.8 meters tall, were buried 1 meter underground and were made to hold 6 people.  Anderson Shelters were mainly in peoples gardens and were often covered in a thick layer of dirt which people would cover in grass and plants!!

It has been so interesting learning about Anderson Shelters, have a look HERE to see some of our creations