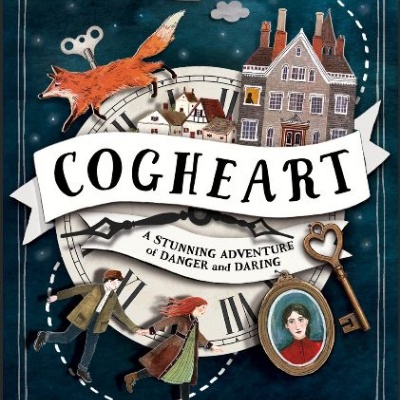 We have been learning about the book Cogheart. Recently we wrote a diary entry about the characters.

When Lily (the protangonist) was young her mother died when a wagon crashed and she now lives, as an only child, with her father.

Lily was walking to Deportment class at her school whilst reading her penny dreadful. At this point we are introduced to Alice and Lucretia, who are mean girls. Alice and Lucretia are the stuck-up brats of Lily’s school, we are not sure if we really like them ☹

Lily gets bullied by Alice and Lucretia because she helps Molly, the mechanimal cleaner. Molly dyed the bed sheets pink, but she didn’t mean too, so Lily helps her so she didn’t get into trouble.

Meanwhile, at school, Miss Mckraken/the Kraken (Lily’s nickname for her) caught Lily punching Alice. Lily got sent to the bunker near the coal sheds, she was in there a while a while. Eventually Gemma (Alice and Lucretia friend) came to collect Lily from the bunker. Lily didn’t really know why Gemma did this,  she just went with her. Gemma took Lily to the headteachers office. Then Madame Verdigris, her father’s housekeeper, came to collect Lily from school because people thought Lily’s father was dead. Madame Verdigris said to burn Lily’s clothes. Lily shouted “No!”. Madame Verdigris ignored Lily and went to get Lily’s empty suitcase.

Lily and Madame Verdigris went to the Zeplin Station and got on a Zeplin. When they got to their seats they saw a man, who had silver eyes. The man offered Lily sweets, which were Humbugs. Lily ate one of the sweets but then fell asleep. There must have been a sleeping pill inside the sweet. When Lily wakes up there are not far away from home…

We can’t wait to read what happens next

Written by Jessie and Isobelle